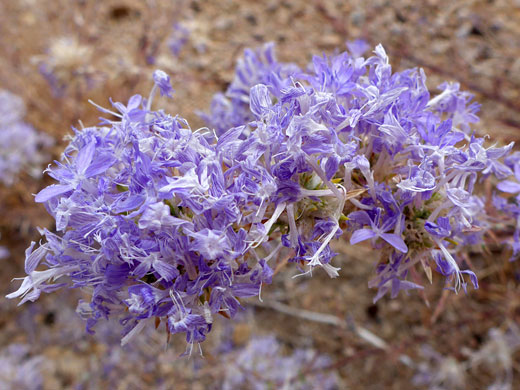 Eriastrum densifolium is found only in southern California - in the Sierra Nevada and other ranges to the south, and in coastal regions. This is the only perennial eriastrum species in the US; all others are annuals. The plant is also distinctive for its relatively large size and the densely clustered inflorescence, in contrast to the more open flower arrangements of other species.

Stems are rigid and much branched, growing from a woody base. Younger stems have a woolly hair covering; older stems are glabrous. Leaves are also usually hairy, and greyish-green in appearance; they grow all along the stems. Flowers have a slender, whitish, tubular corolla, up to 1 inch long, opening to five spreading lobes, pale purple, often crossed by darker veins. Flowers are subtended by woolly, leafy, lobed bracts. The lobes may be somewhat unequally positioned, giving the flowers bilateral rather than radial symmetry.

There are five subspecies of eriastrum densifolium, differing in such aspects as corolla length, the number of divisions in the bracts, the hairiness of the leaves and the number of flowers in the inflorescence. 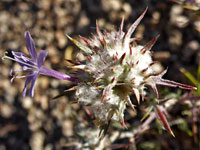 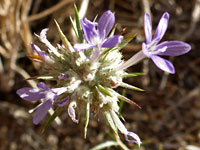 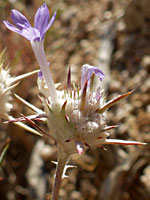