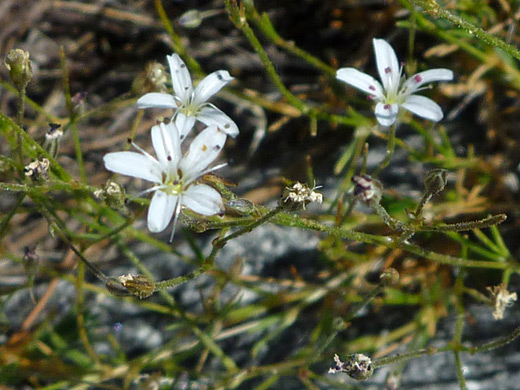 Eremogone kingii is a high elevation species, found in most mountainous areas of the West, up to elevations of 13,000 feet or more. Like most such species, plants are low-growing, only around six inches high, and the leaves are small - needle like, forming tufts at the base and along the stems. Stems may be hairless or (more usually) covered by short, glandular hairs.

Flowers are produced in open, terminal clusters, with up to several dozen heads for plants inhabiting lower elevation regions but just one or two in the highest areas. Flowers are attached to the stem by pedicels around half an inch long. The five petals are white, around a quarter of an inch in length, while the flower center is yellowish, and contains ten white, purple- to brown-tipped stamens. 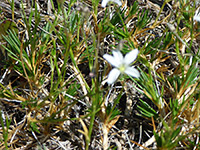 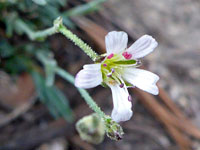 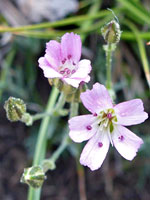 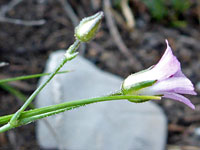 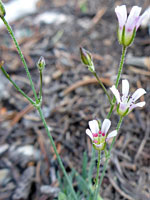 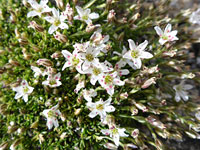 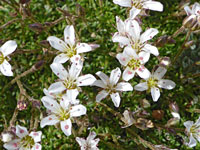