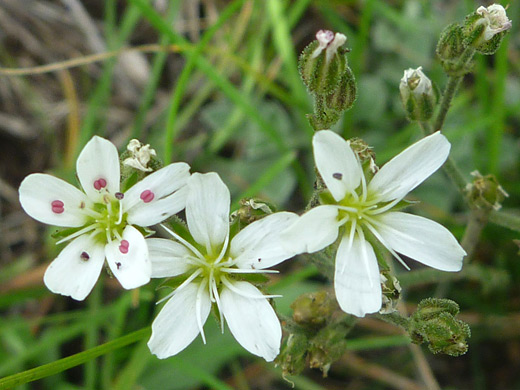 The thin, branched stems of eremogone fendleri bear numerous (up to 30) pretty white flowers about half an inch in diameter, consisting of five pointed green sepals beneath and between five white petals, which usually have a shallow notch at the tip. Sepals are about the same length as the petals, or slightly shorter. Relatively long, white filaments radiate from the greenish center, topped by purplish anthers. The stems and sepals have a covering of short, stalked, glandular hairs. Flowers are borne on pedicels up to one inch long, also glandular hairy.

The thin, thread-like leaves grow mostly around the base, but also along the stem, in four or more opposite pairs, usually reduced in size. Fruits are hairless, green capsules, around a quarter of an inch long. The plant is quite widespread across the southern Rocky Mountains, most commonly on cliff ledges and at the base of scree slopes. 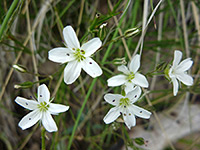 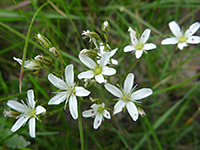 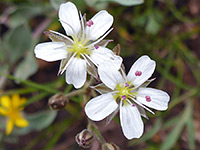 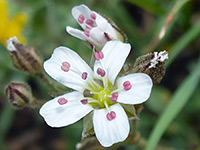 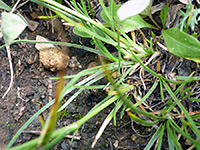 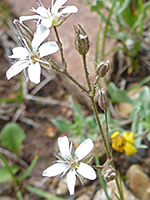 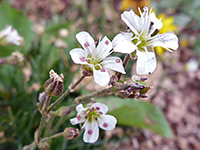 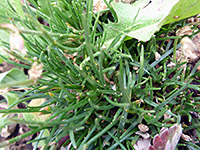 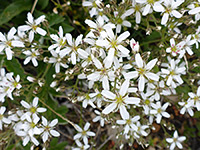 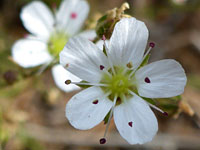 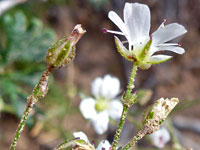