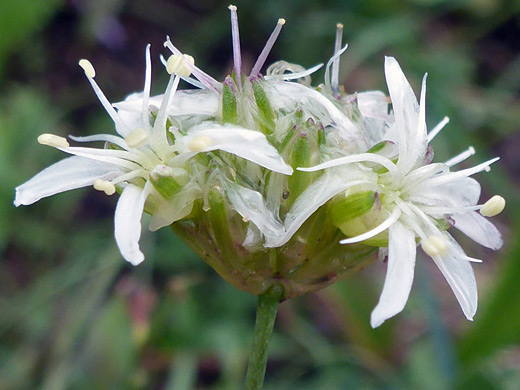 Eremogone congesta is characterized by its narrow, thread-like leaves, its compact, head-shaped inflorescence and by its short sepals, which are generally around half the length of the petals. Flowers form atop slender, mostly leafless stalks, around 12 inches high; the few stem leaves are concentrated towards the base. Basal leaves are narrow and linear, clustered, angled upwards, and spine-tipped. Stalks are usually hairless but may sometimes be glandular hairy. Leaves are also generally hairless.

The inflorescence contains up to 50 flowers, essentially stalkless. Each flower is formed of five green, ovate sepals, crossed by one or three lighter, lengthwise veins, and five oblong white petals, which may have a small notch at the tip. The ten stamens have white filaments and pale yellow anthers.

Up to 11 varieties of eremogone congesta have been identified, differing in aspects of the leaves and sepals, and the shape of the inflorescence. 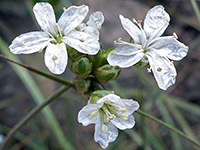 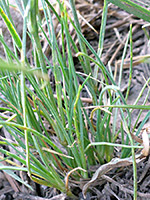 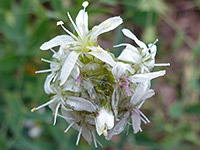 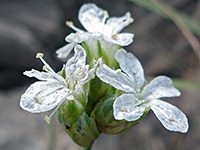 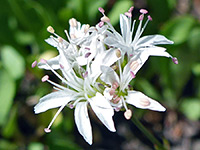 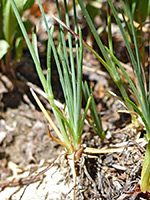 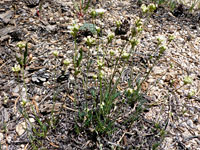 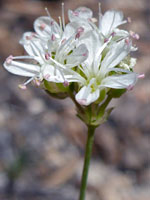 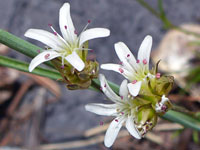 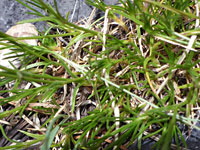 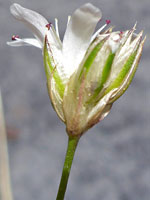 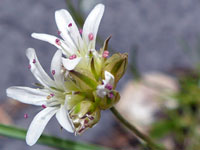 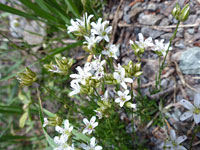