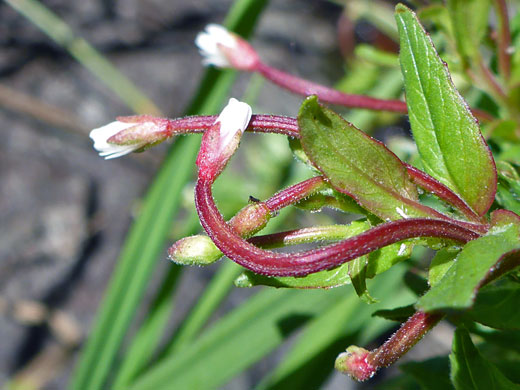 Epilobium anagallidifolium is similar to several other willowherb species that inhabit the same habitats, including epilobium hornemannii, from which it is distinguished by having flowers that are nodding rather than erect (especially when in bud), and longer fruiting pedicels (up to 2 inches, cf. less than 1 inch).

The green or reddish stems grow vertically upwards or at an angle, and they usually have a covering of short, strigose hairs. Leaves are large in relation to the flowers; generally oblong in shape, and quite narrow, though sometimes slightly wider above the middle for lower stem leaves, and wider below the middle for upper stem leaves. Leaf margins are usually entire, unlike many other members of this genus for which the leaves are lined by small teeth.

The small flowers are formed of four pale green or pinkish sepals and four notched, rosy pink petals, which are slightly longer; up to 0.3 inches. The petals enclose eight stamens, topped by anthers attached in the middle. 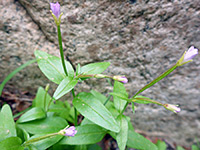 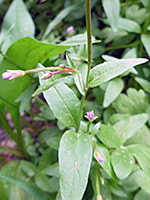 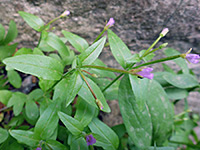 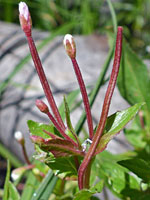