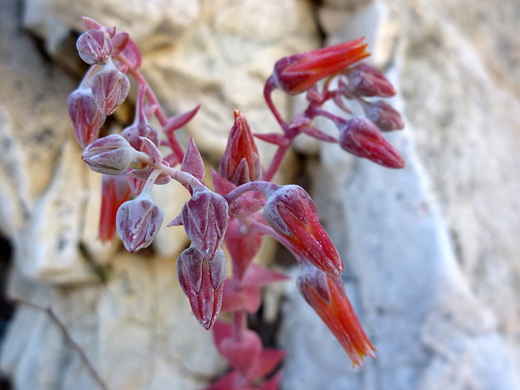 Dudleya arizonica is a solitary species, not clump-forming. Plants produce a basal rosette containing up to 35 leaves, typically around between 6 and 12 inches in diameter. Leaves are oblong to obovate in shape and initially whitish grey in color, gradually turning red from the tips downwards as they mature. The tips are sharply pointed.

The inflorescence is a tall, branched spike, each branch holding between 4 and 20 flowers and a few to many, small, reddish leaves. Flowers are formed of five greyish-red sepals, fused at the base, and five red petals, which are joined together, and open only slightly at their upper end, revealing an orange interior, and a group of stamens and pistils. Petal tips are pointed. This species is very similar to dudleya pulverulenta, but has generally fewer leaves, shorter and narrower leaves, shorter pedicels and flowers that are erect rather than drooping. 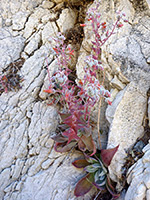 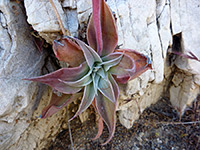 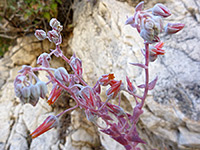 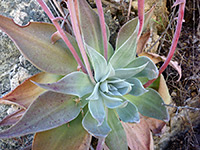