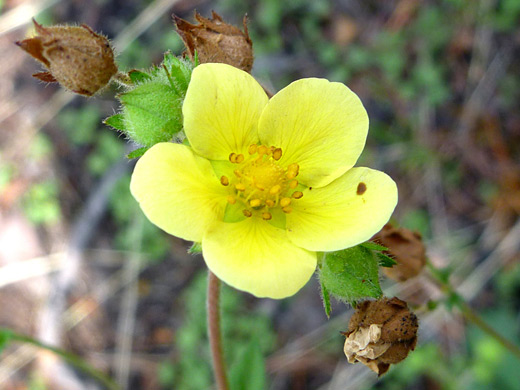 Drymocallis lactea, Cluster Lakes Trail, Lassen Volcanic National Park, California
Leaves of drymocallis lactea are quite distinctive, pinnately divided into three or four pairs of opposite, lateral leaflets, quite well separated, and a slightly larger terminal leaflet. Leaflets have large, regularly spaced teeth along the edges; four to ten per side. They have prominent side veins, pinnately forked from the midvein. Leaves and stem have a light covering of short hairs.

Flowers grow at the top of the stems, in small clusters; they are attached by short pedicels (less than half an inch long), which, like the calyces, bear both long glandular hairs and shorter, non-glandular hairs. The five round, yellow petals open fully when mature, and are slightly longer than the sepals, the tips of which may be just visible from above. The flower center contains around 25 yellow stamens around a group of yellow pistils. 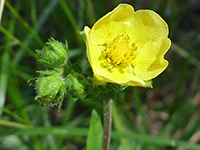 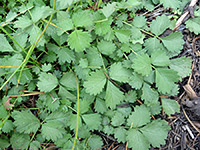 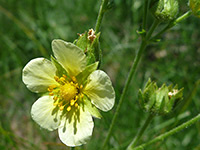 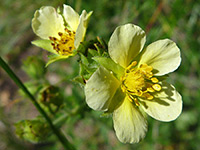 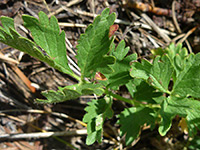