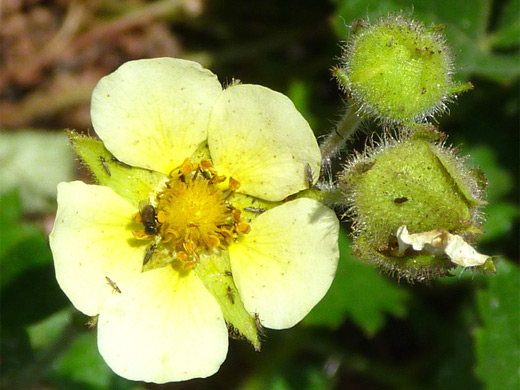 Flower and buds of drymocallis glandulosa (sticky cinquefoil), showing the many small, sticky hairs
Drymocallis glandulosa is usually a small, low-growing plant characterized by the fine, sticky, glandular hairs that cover the stems, involucres and buds. In some locations, however, it may reach heights of 3 feet or more. Flowers have five-fold symmetry; five petals, mostly white to pale cream but yellow at the base - generally paler than many similar species - underneath which are five pointed, pale green sepals. Petals vary in shape from round to narrowly obovate, and they are generally not overlapping. At the center of the flower is a cluster of 25 to 40 stamens and pistils.

There are four varieties of drymocallis glandulosa (glandulosa, wrangelliana, reflexa, viscida), and the variability in such characteristics as height, flower color and leaf shape is further increased by hybridization. 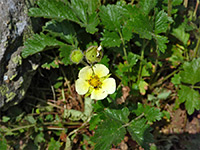 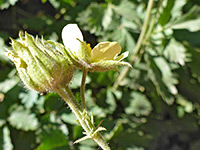 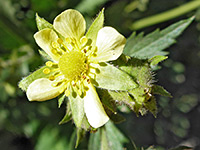 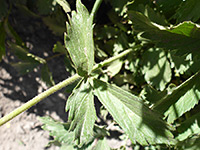 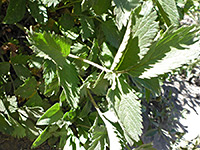 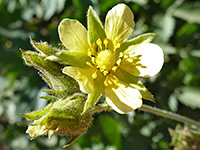 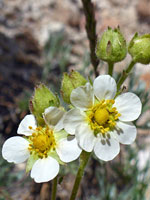 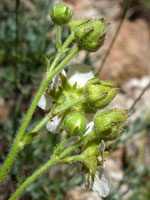 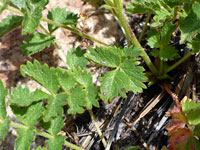 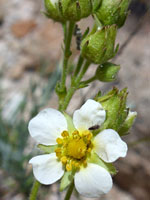 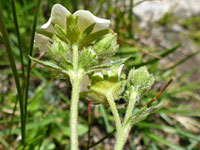 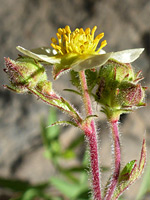 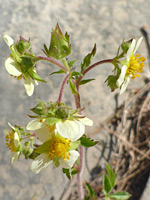 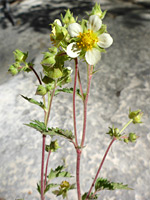