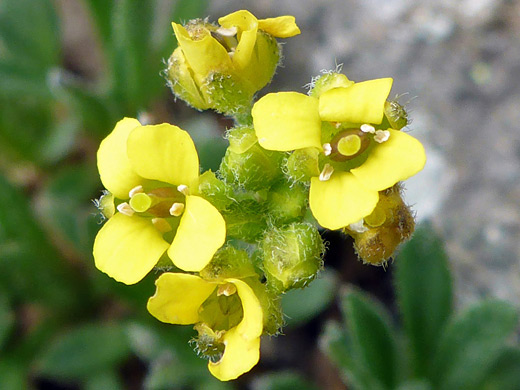 Draba aurea is mostly found in the higher elevations of the Rocky Mountains, but also in scattered locations to the south and west. Plants are quite variable, in such aspects as size, hairiness, and the number of flowers, leaves and bracts. Stems may branch towards the tip, but are usually unbranched. Stems, leaves, fruits and calyces have a covering of white hairs, either single or branched (to between three and six rays). Leaves grow in a rosette at the base, and along the stems, here numbering between 5 and 20. Basal leaves have stalks while stem leaves are sessile. Leaf margins may be entire or finely toothed. Leaf edges are ciliate. Small bracts are usually present at the base of the inflorescence, which is a compact to elongated (especially when in fruit) cluster of between 18 and 52 heads.

Flowers are formed of four hairy, yellow-green, oblong sepals and four yellow, oblanceolate petals. The petals are twice as long as the sepals, about 0.2 inches. Fruits are flattened, purplish green pods, sometimes slightly twisted; they are angled upwards and held on short stalks. 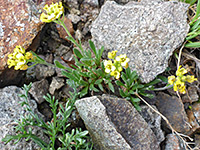 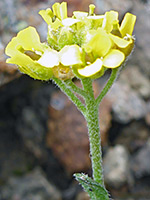 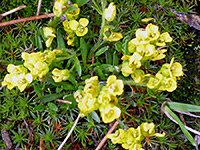 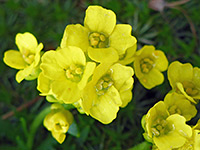 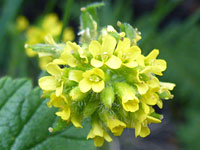 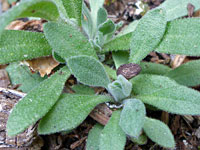 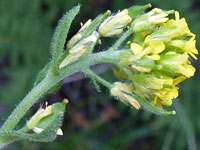