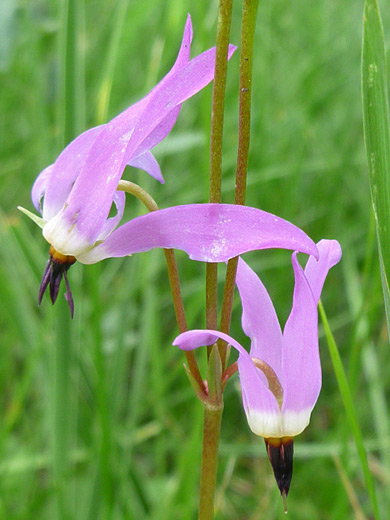 The pretty flowers of dodecatheon pulchellum have five pink to lavender lobes projecting backwards from a white or yellow base above a purple ring, while in the other direction, a spike of five fused, purple stamens and one stigma extends forwards, around a third of an inch long. Flowers form open clusters with between 3 and 12 heads, usually nodding (pointing down). Leaves grow around the base; the slender, unbranched stems are leafless, and have a covering of fine hairs, somewhat glandular. The plant is common across many regions of the west. 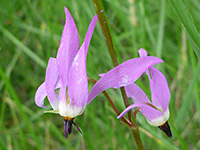 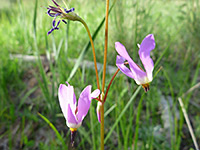 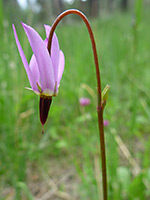