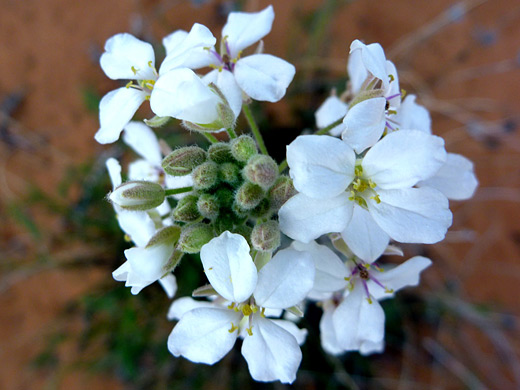 The fruit of dimorphocarpa wislizeni is a flat, green, two-lobed capsule fastened to the stem by a short, central stalk, hence the common name of spectacle pod. Most leaves grow at the base; they are long and narrow, deeply divided into small lobes. Leaves higher up the stem are smaller and less divided. The white, four-petaled flowers are borne in an elongated cluster at the top of the stem. Petals have a lengthways groove and are about half an inch long, centered on a cluster of purplish stamens topped by yellow-green anthers. Underneath are four smaller green sepals, which like the stems and leaves are covered in fine woolly hairs. The main flowering period is spring, but plants may bloom again in late summer as a result of heavy rainfall. 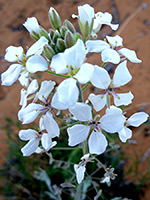 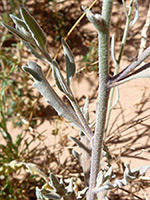 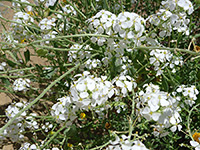 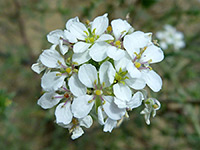 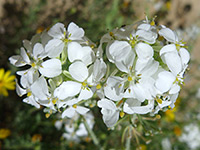 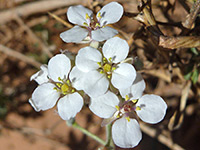 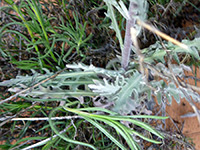 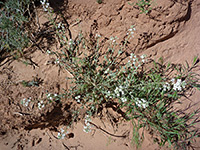 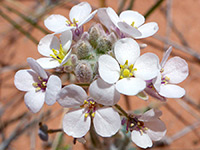 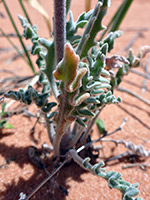