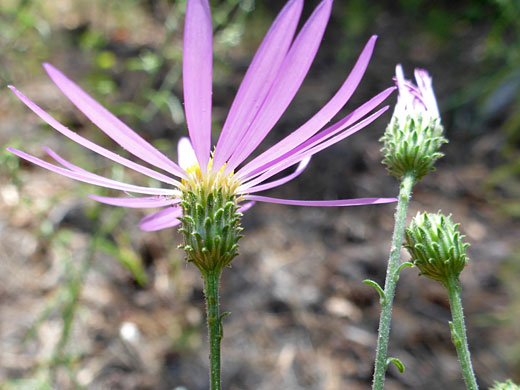 Hoary tansy aster (dieteria canescens), Pine Creek, Escalante, Utah
Flowers of dieteria canescens, or machaeranthera canescens, are lavender pink to purple in color, growing profusely on tall, branched stems bearing narrow, well-separated leaves. Stems and leaves have a sparse covering of short hairs. Each bloom has around three dozen ray florets (half an inch long) and a yellow center composed of many small disc flowers. The involucre bears neat rows of phyllaries which are somewhat sticky, green in color but whitish at the base; this is one aspect which differentiates the plant from dieteria bigelovii, a very similar species, which has more limited distribution, mostly in New Mexico and Colorado. Phyllaries may be appressed or spreading.

In most regions, dieteria canescens blooms relatively late in the year, at the end of summer into the fall, though flowers appear in spring in the desert regions. Ten varieties are recognized, differing in characteristics of the leaves, stems, ray florets and phyllaries. 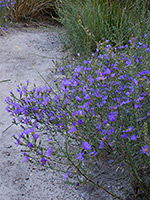 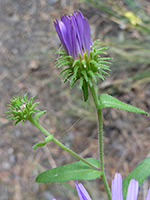 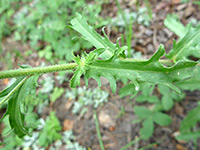 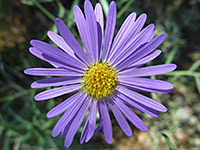 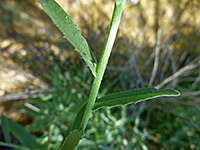 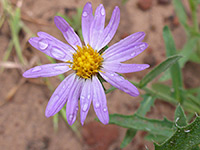 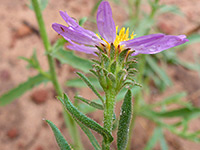 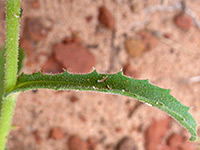 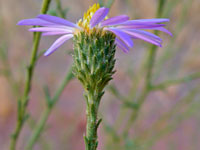 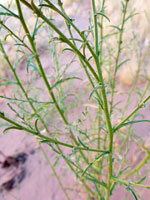 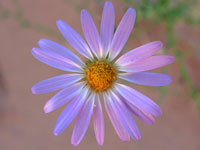 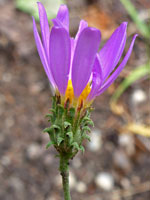 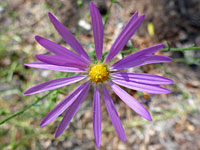 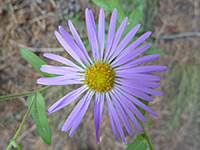 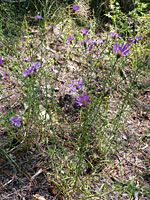 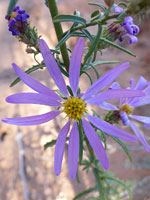 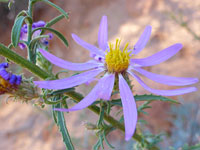 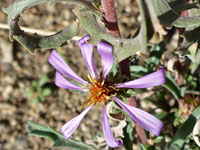