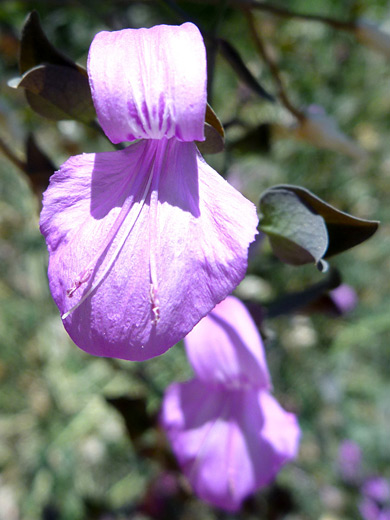 Flowers of dicliptera resupinata are unusual in form; they have two reddish-green, heart-shaped bracts, beneath two large pink petals, fused at the base into a short tube, lightly short-hairy on the outside. The lower petal is broad, angled downwards, while the upper is narrower, colored white at the center (marked with darker pink spots and lines), and abruptly curved backwards about half way along its length. Two pink stamens and a white style rest against the lower petal, sometimes protruding beyond the lip. The bracts are joined to the main stem by short stalks, and commonly occur in clusters of three, though not all produce a flower. The plant has a limited distribution in the hills of southeast Arizona and a small area of southwest New Mexico. 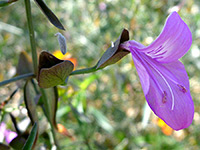 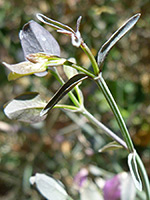