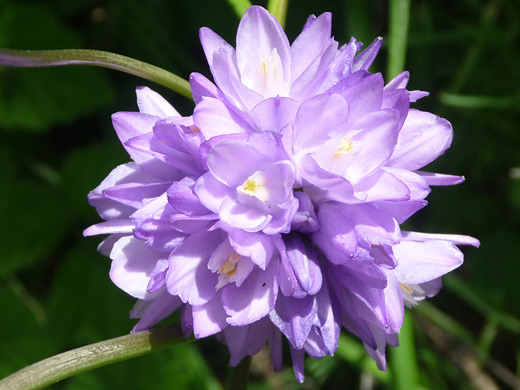 The thin, grass-like leaves of dichelostemma capitatum grow only around the base, from where a single, unbranched stalk rises up to 2 feet, topped by a tight, rounded cluster (2 to 15) of small, pinkish purple or bluish purple flowers (rarely white). Flowers open to reveal a whitish center with six stamens, three of which are larger than the others. The petals curve inward slightly along the outer edges.

Two varieties are recognized: capitatum, with dark purple bracts and six or more flower heads, and pauciflorum, where the bracts are whitish or light purple and flowers number fewer than six. The plant grows from an underground tuber and can remain dormant for several years, appearing only when conditions are suitable. It is often found in fire damaged areas. 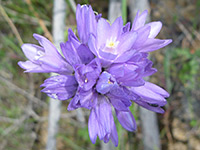 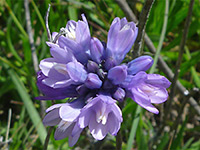 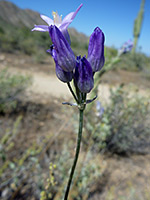 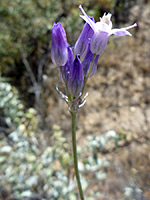 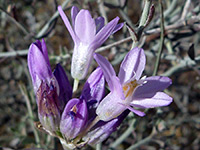 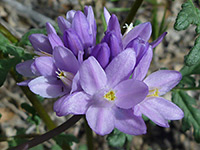 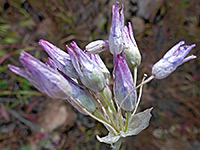 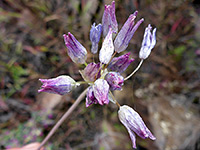