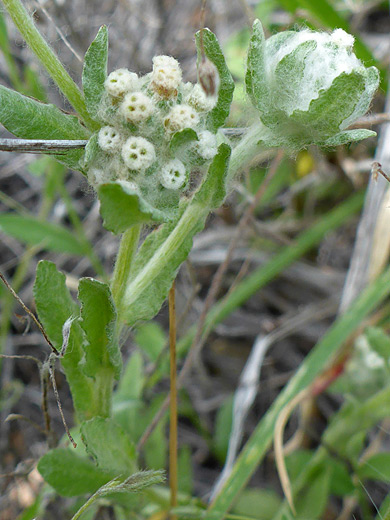 Clusters of tiny white flowers of diaperia verna, Ward Spring Trail, Big Bend National Park, Texas
Diaperia verna, one of three US species of this genus, is a small herb found in a band from south Arizona to the Gulf Coast of Texas. All parts of the plant are covered with long, soft, white hairs. Plants typically produce between two and ten stems, branching at intervals all the way along. Greyish-green leaves grow at the base, on the stems and at the tip, around and even between the flowerheads. Leaf margins are often somewhat wavy. Stems may grow along the ground, or be angled upwards.

Flowerheads are produced at the tips of the branches; they are around a third of an inch in diameter and can form singly, but more usually are part of a compact cluster of ten or more. Florets within each flowerhead are surrounded by dense white wool, and are hidden at first, appearing as little holes in the wool, then eventually protruding slightly. Most visible are the three or four central, staminate florets; these are surrounded by 13 or more, smaller, pistillate florets. Both types of floret have their own minute structure, only observable under magnification. 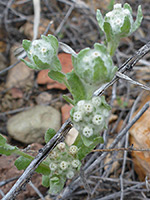 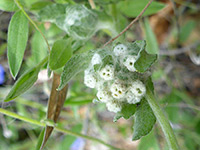