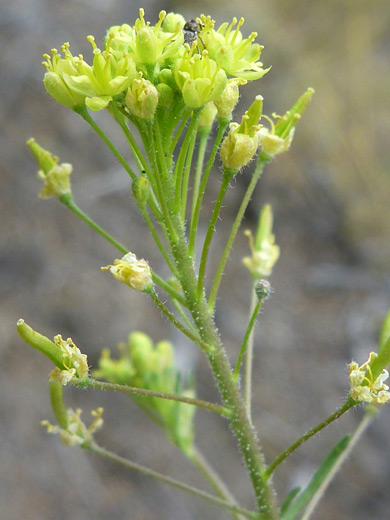 Descurainia pinnata is widespread across all the western and Great Plains states, most common in desert and semi-desert regions. The species name refers to the leaves; these are pinnately divided into many small, pointed-tipped, ovate to linear lobes, which (like the stems) have a light covering of very short hairs, sometimes glandular. Basal and lower stem leaves are twice pinnate, while the fewer upper stem leaves are either once pinnate or compound. Plants branch readily, from the base and higher up the stem, and the branches also have leaves. The growth form varies from tall and slender, with well separated branches, to low and clump-forming.

The flat-topped inflorescence forms at the tips of the branches; each tiny flower has four greenish-yellow (sometimes pinkish) sepals, four yellow to cream petals, six stamens and a stigma; these latter two components project a little way beyond the petals. The fruit is a green pod, around half an inch long.

There are ten subspecies of descurainia pinnata, most also found over a wide area; they differ in such aspects as hairiness, glandularity and sepal color. 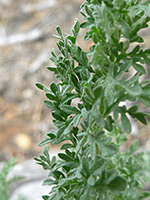 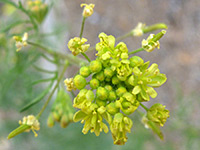 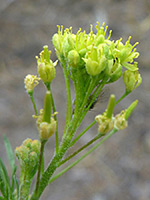 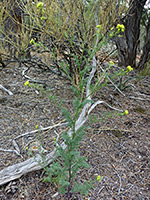 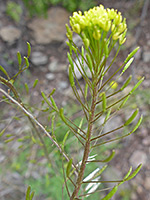 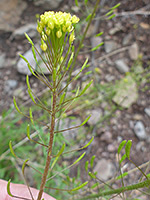 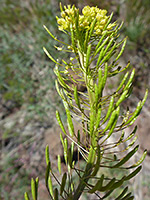 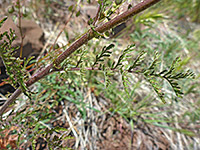 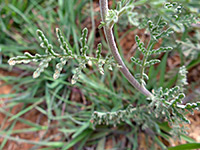