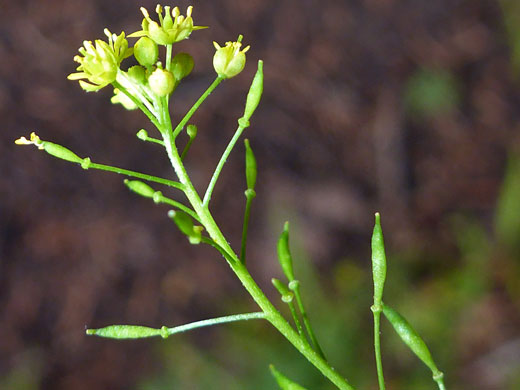 Although widespread all across the Sierra Nevada, descurainia californica or Sierra tansymustard also occurs in many other mountainous areas, eastwards to Wyoming, Colorado and New Mexico. It can be identified most easily by its fruits, which are hairless, relatively short (0.2 inches), widest in the middle and tapering smoothly at either end. Fruits are angled upwards, held at around 45 degrees from the stem branches, and are attached by hairless pedicels about twice as long.

Leaves are pinnately divided into two to four pairs of side lobes, and are sessile along the stem, stalked at the base, with the stalk a little shorter than the blade. Flowers are formed of four spreading, hairless, oblong, yellow-green sepals and four slightly longer oblanceolate yellow petals. The six stamens are ascending, and exserted. 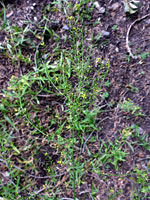 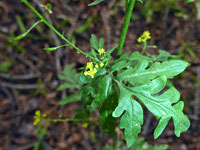 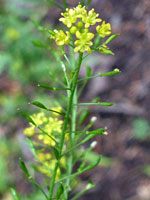