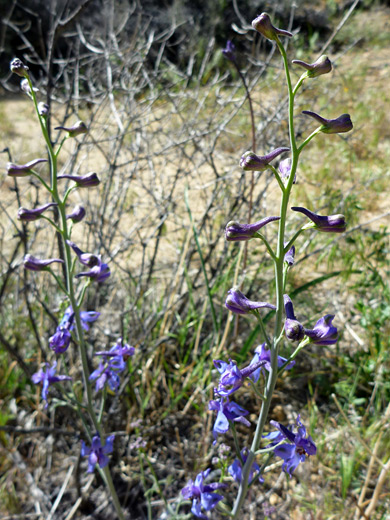 The flower color of delphinium parishii ranges from dark purple/blue in the western part of its range, pink in some parts of California, and light blue or almost white further north and east. Flowers are produced at alternate intervals, on short stalks, along the upper two thirds of the stem, with leaves concentrated around the base. Leaves have longer stalks, and are twice divided into narrow lobes. Leaf tips, leaf stalks and the main stem often have a reddish tint.

Flowers are formed of five sepals, the upper extending backwards into a spur, and four smaller petals, noticeably hairy. The uppermost 2 petals are usually all-white, while the lower 2 are colored. The tips of these lower petals have a small notch. The number of flowers ranges from 6 to 75. Stems and leaves can be hairless or finely short-hairy. 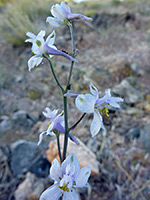 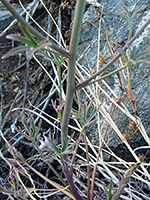 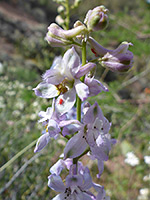 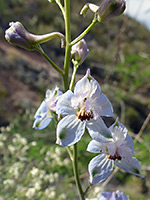 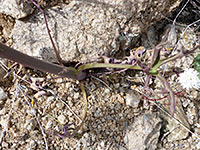 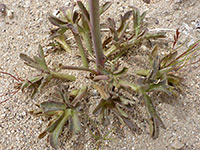 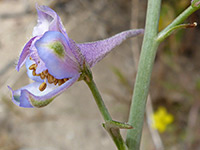