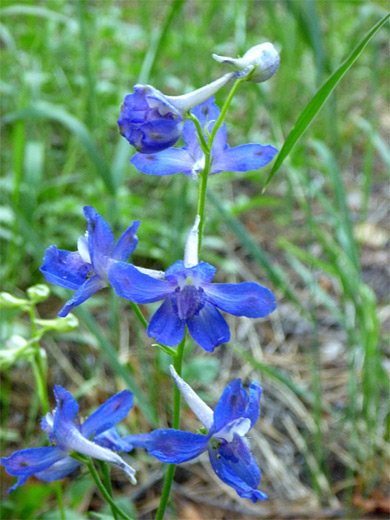 The most visible flower parts of delphinium nuttallianum are the sepals; 5 of them, with the top one having a lighter-colored spur up to one inch long; a characteristic of all species of larkspur. The sepals may be glabrous or hairy. At the flower center are four petals, the uppermost two pale blue or white. Flowers are quite widely spaced, number up to ten, and are relatively large, borne on the end of short secondary stalks (pedicels), branching off the single main stalk. Flower color ranges from purple to light blue. Leaves are found mostly around the lowest quarter of the stem; they are deeply divided into narrow lobes. 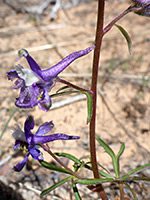 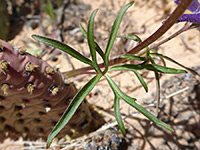 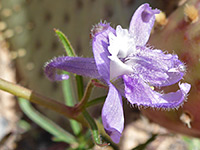