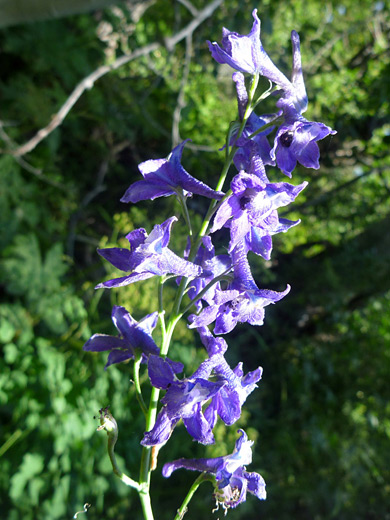 The species name of delphinium glaucum refers to the stems, which are glaucous; the surface has a greyish-green coating. Plants usually produce several stems, which can reach a height of eight feet or more, but are usually about half this. Stems and leaves are hairless. Leaves are divided into several relatively wide lobes - often around five - which are lined by large, sharp teeth of varying sizes.

The inflorescence is an elongated cluster, typically containing more than 50 flowers, each attached by a long pedicel - up to two inches. The five sepals are angled by about 90 degrees, or less, and are bluish-purple in color. The spur from the upper sepal extends back by about half an inch. At the center are four much smaller petals, lighter in color. The uppermost pair also form spurs, concealed by the sepal. 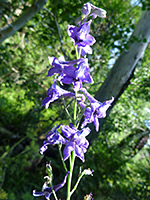 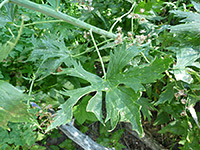