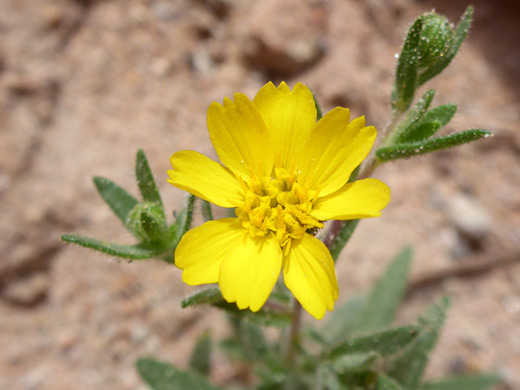 The all-yellow flowerheads of deinandra pallida have between 8 and 12 pistillate ray florets, with two notches at the tip, and between 10 and 21 five-lobed, staminate disc florets. Anthers are yellow or light brown. Rays are about a third of an inch long. The involucre is ringed by around ten, equal-length, lance-shaped phyllaries, covered with a mixture of glandular (head-shaped) and non-glandular hairs. Flowerheads form in small numbers, in open clusters.

Leaves grow all along the stem; they are opposite near the base, otherwise alternate. Stems and leaves are also hairy, usually non-glandular. The lowest leaves are lined by a few widely separated teeth, or lobes. Stems may be hollow or solid. This species has a limited distribution in south California, mostly across low-elevation hillsides. 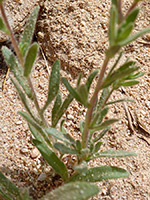 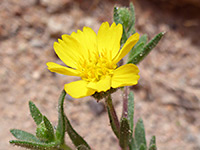 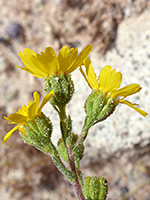