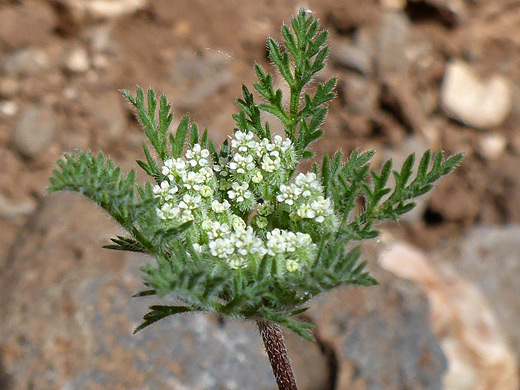 There are two daucus species in the US, the non-native daucus carota and the smaller-flowered daucus pusillus, which produces thin but edible carrots, and is found in about half the states, along the Pacific coast and towards the south. Stems are hairy - unlike some similar but poisonous members of the apiaceae family which have hairless stems - and usually unbranched, growing up to three feet tall. The finely dissected leaves also have a covering of hairs, which are white, bristly, and quite thick.

Leaves grow at alternate, widely-spaced intervals along the stem and also in a whorl at the top, surrounding the terminal inflorescence; a compact cluster of groups (5 to 12) of tiny white or pale pink flowers, each group borne on a ray around one inch long. Individual flowers have five stamens and five rounded, non-overlapping petals. 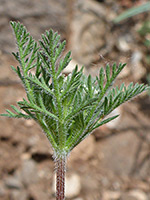 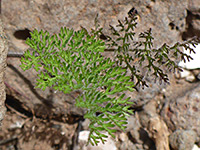