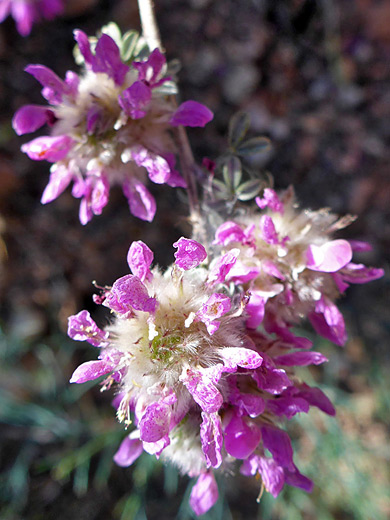 As its common name suggests, dalea versicolor is most widespread across the foothills of the Santa Catlina Mountains near Tucson; its range extends to other areas of south Arizona and a small, adjoining part New Mexico. Leaflets are very small - less than 0.2 inches long, and appear grayish green in color due to a dense covering of silky hairs. Leaves usually have 5 or 7 leaflets, which are often folded up along the axis. Unlike many other dalea species, plants are upright, and shrub-like, with woody stems.

Flowers are colored magenta or pinkish purple (less often white), around a third of an inch in length, produced in dense, terminal clusters, slightly elongated, and are separated by pointed, green (red-tipped), silky hairy bracts. Seed pods are obovate in shape, and also short, around 0.15 inches. 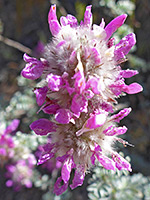 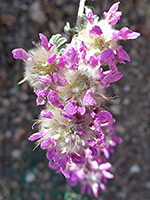 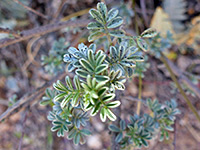 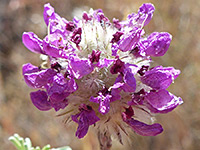 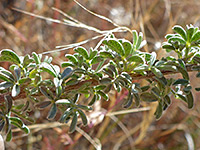 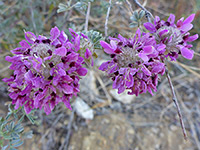