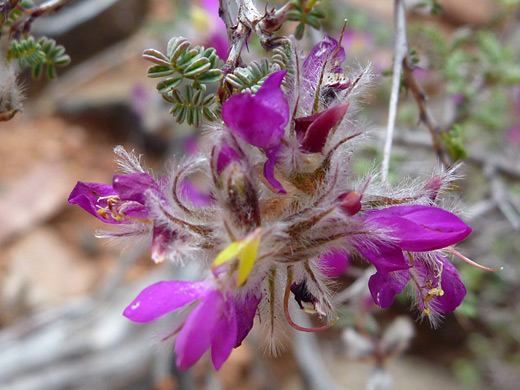 The spring flowering season of dalea formosa, a low shrub with greyish woody branches (no thorns), may be followed by a second blooming in September. Flowers consist of four overlapping purple petals and one contrasting, slightly detached yellow petal, all above a base (calyx) that bears silky white hairs on the outside and is divided into long, thin, flexible, pointed lobes. The pinnately compound leaves are small, growing mostly lower down the branches, so when in full bloom the bush presents a predominantly pink appearance. The seed pods are also covered in hairs. 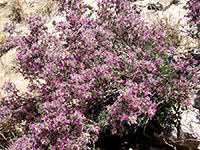 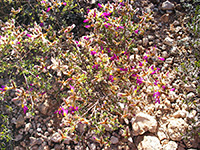 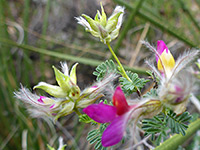 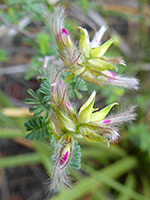 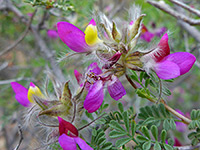