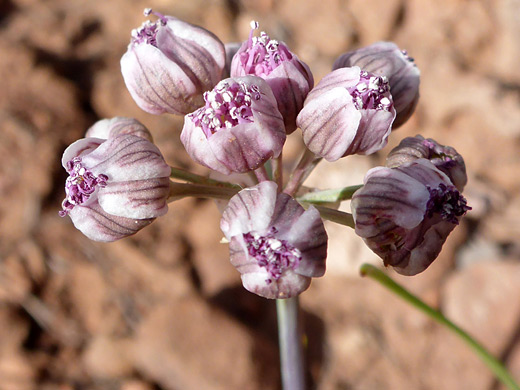 Leaves of cymopterus multinervatus are typical of many members of the apiaceae family, being finely dissected into small, rounded segments. They are grey-green in color, relatively thick, and grow from the base. Plants produce several leafless flower stems, a little longer than the leaves, each topped by a compact, spherical cluster of small flowers. All parts of the plant are hairless. Leaves and stems tend to grow sideways or at an angle rather than vertically upwards.

Individual flowers are also spherical, enclosed by overlapping, veined bracts, initially colored green, becoming purple as they mature, and opening at the apex to reveal a group of five stamens and a pistil. Flowers persist only a few weeks, being replaced by the greenish fruit, which have several thin, white (purple at the base) wings radiating outwards. 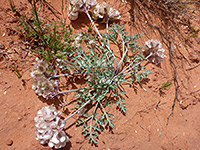 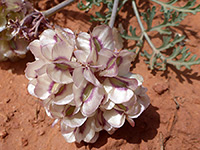 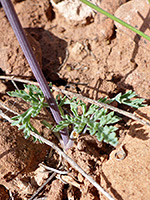 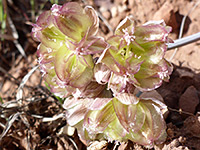 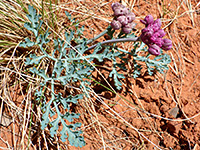