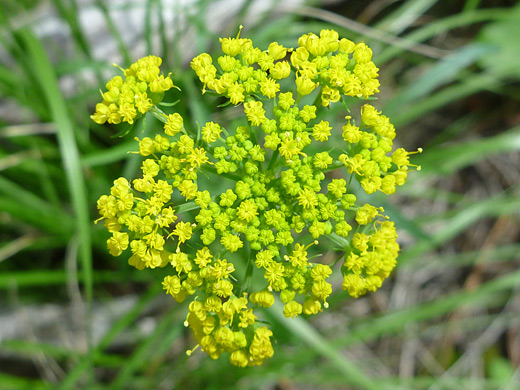 Cymopterus lemmonii is one of the yellow-flowered members of the large apiaceae family, for which white is a more common color. Occasional populations have red flowers, however. The inflorescence is flat-topped, formed of around a dozen stalklets, each bearing a group of tiny, five-lobed flowers, the tops of which which are folded in somewhat. Narrow, green, red-tipped bracts project out a little way below the flowers.

This species is found in a wide variety of habitats and elevations, resulting in a range of growth habits and leaf divisions; plants tall in the foothills, with relatively large leaves divided several times, but much shorter in the high mountains, with just a few, linear leaves. The overall flowering season is correspondingly long. The green fruits have pronounced ribs, or wings. 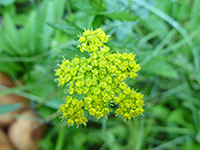 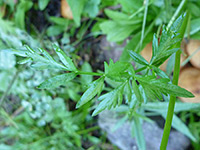 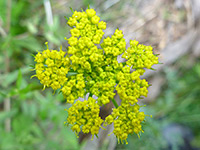 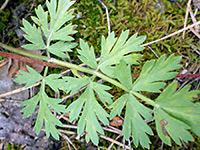 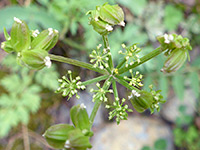 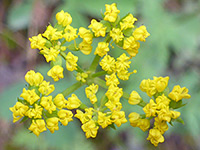 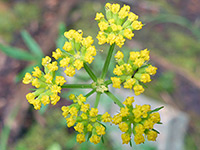 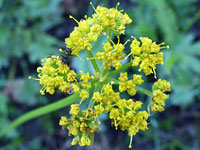 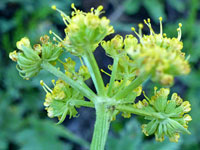 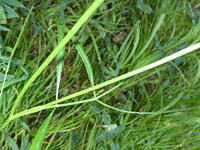 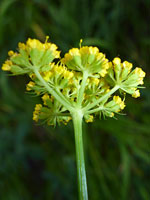 Base of the flower cluster 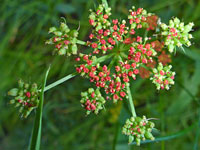