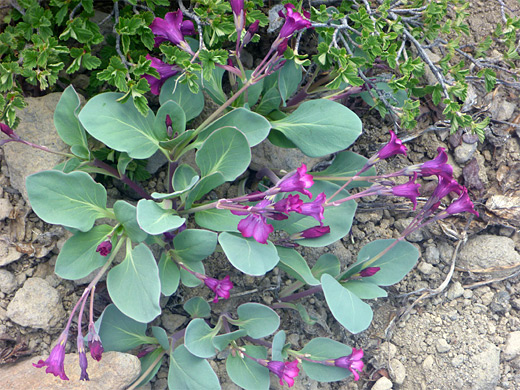 Cycladenia humilis is a relatively rare plant, found in scattered, high elevation areas of the Southwest like the Sierra Nevada, the Cascade Range and the Colorado Plateau. The pinkish green flower stem grows from the tip of the leaf stalk and branches several times, producing attractive pink flowers, initially tubular, but opening into a cup-shaped bloom with five lobes, centered on a whitish cavity with pink veins leading down towards the stamens. There are three varieties (humilis, venusta and jonesii), the latter classed as a threatened species.