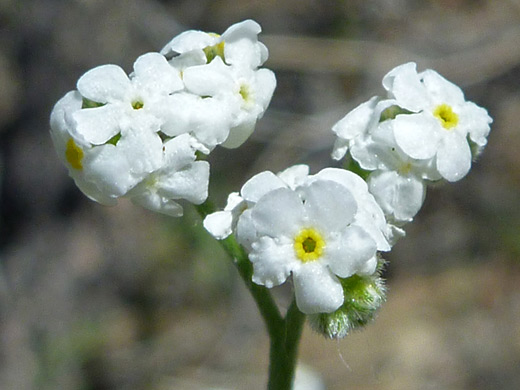 Cryptantha utahensis is one of the less bristly species of this large genus; although the stems, calyces and leaves are quite densely hairy, the hairs are relatively short and thin. They tend to lie against the surface rather than point outwards. The narrow leaves have a grooved vein running along the middle.

The inflorescence is an open, spreading cluster; the upper part of the stem branches a few times and is topped by small groups of flowers which tend to overlap, hiding the green calyces underneath. Flowers have five ovate to elliptic white lobes around a tubular corolla, which has quite prominent yellow appendages around the lip. The fruit contains one nutlet (less often two), which has narrow, winged edges. 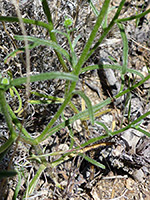 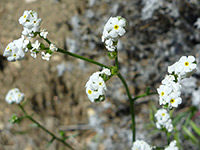