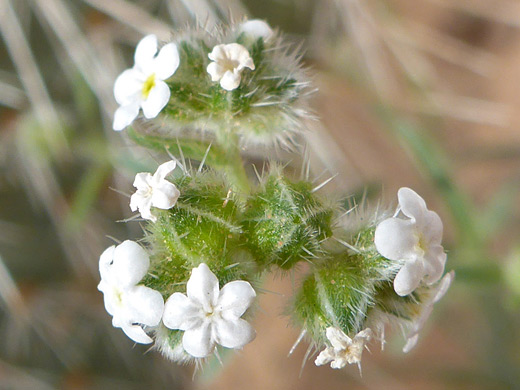 White flowers of cryptantha pterocarya, along the Whiterocks Trail in Snow Canyon State Park, Utah
The common name of cryptantha pterocarya, wingnut cryptantha, refers to the fruit, which has five wings, radiating from the center, and this form is evident in the distinctive shape of the sepals, which are mostly fused; expanded towards the base becoming much narrower above. Sepals are light green at the base, darker green higher up.

The stem is stout, either unbranched or with only a few branches, covered by short, bristly hairs and longer strigose hairs, generally ascending. Stems are somewhat taller than many other cryptantha species, up to 16 inches, and the leaves are more widely spaced. Leaves are long and thin, approximately linear in outline, sometimes more lance-shaped higher up the stem, with a similar hair covering to the stems.

Flowers form in groups of three to four heads, and the clusters generally remain compact, not elongated. The five petals are small in relation to the sepals; they have rounded tips and are colored pure white. The appendages at the base are yellow. There are four varieties of cryptantha pterocarya (cycloptera, pterocarya, purpusii, stenoloba), differentiated by nutlet characteristics. 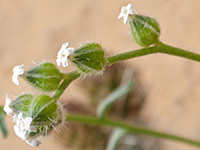 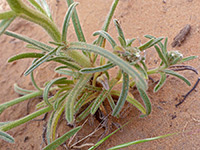 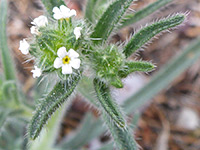 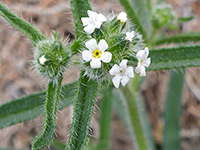 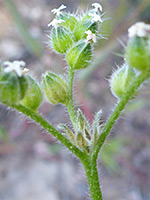 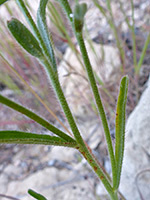 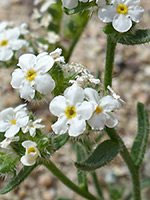 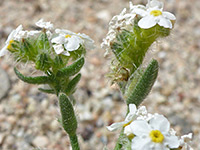 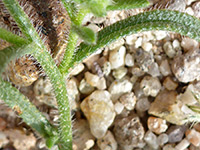 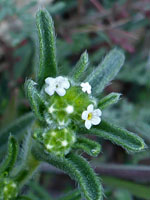 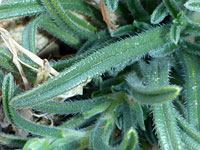