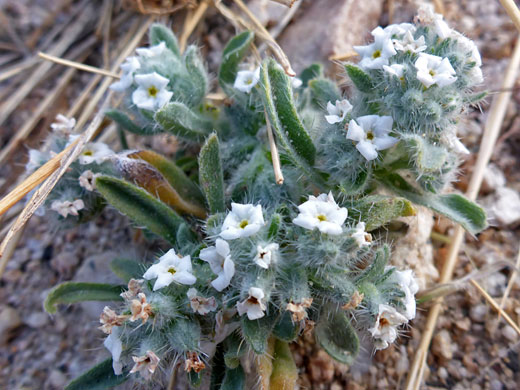 Cryptantha nubigena is found only in the Sierra Nevada and the White Mountains of California, extending a little way into Nevada. Plants produce several stems, just a few inches high, covered, like the leaves, both with appressed, soft hairs and spreading bristly hairs. The bristles may have swollen (bulbous) bases. Leaves grow in a basal rosette, and at alternate, relatively well-separated intervals along the stem. Stems often have a yellowish tint.

Flowers form mainly at the tip, in a compact cluster, but also in smaller numbers from the upper few leaf nodes. They are not subtended by bracts, and are attached by very short stalks. The green, hairy, deeply lobed calyx is longer than the corolla tube, which is yellowish at the base. Corolla lobes are white, while the appendages are yellow. 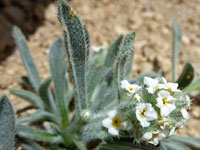 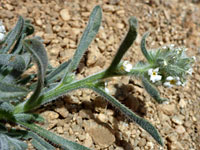 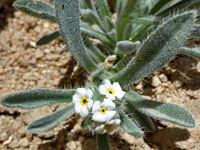 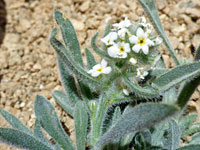