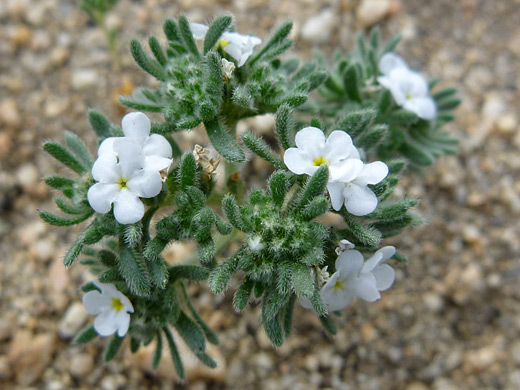 As the species name suggests, cryptantha micrantha is a small plant, forming spreading, cushion-like clumps just a few inches high. The common name, red-root cryptantha, refers to the color of the roots and the base of the stem. The short, narrow, dark green leaves are concentrated in closely-spaced clusters around the base and just below the flowers, and they have a dense covering of short, evenly sized, ascending hairs.

Flowers are produced singly or in pairs, and have the familiar five tiny white petals around a narrow tubular center, yellow around the lip. The fruit contains four lance-shaped nutlets, with surfaces that can be smooth or covered with small tubercles. There are two varieties, var lepida and var micrantha, differing in the size of the corolla tube and the color of the appendages, the small projections at the base of the petals. 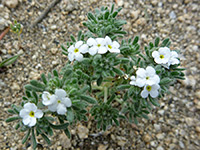 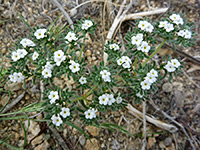 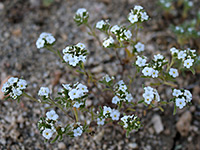