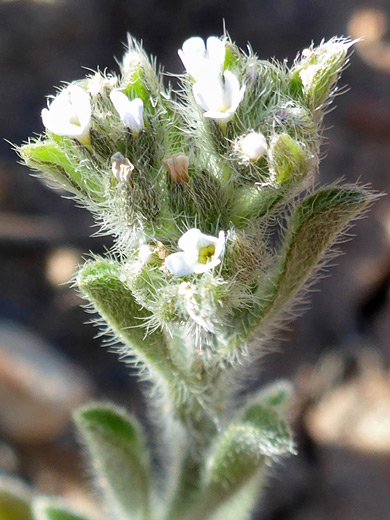 Cryptantha crassisepala typically grows in low clumps of many closely-spaced plants; each plant produces several bristly, greyish-green stems, erect or spreading. Leaves are angled upwards, staying close to the stem, and both surfaces have a covering of long, thick hairs (both appressed and spreading) which are somewhat less rigid than those of many other cryptantha species.

The tiny white flowers appear in spring in small clusters at the top of the stems; the buds and later the young flowers are held close together but later in the season the cluster elongates and the mature flowers become more separated. Flowers are formed of five white petals no more than an eighth of an inch long, supported by five green sepals, which as the species name suggests, are thick in relation to the petals. 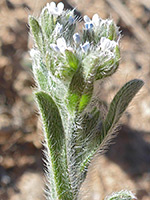 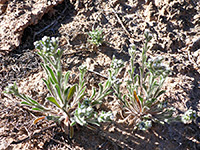 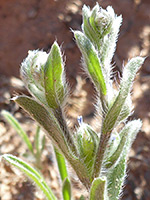