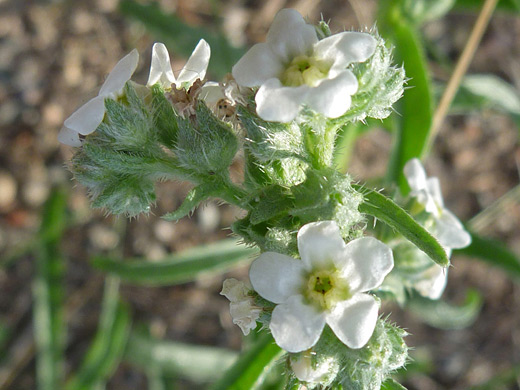 James' cryptantha (cryptantha cinerea) in Great Sand Dunes National Park, Colorado
There are many similar species of cryptantha, characterized by narrow, linear leaves, hairy foliage, a small growth habit and white, five-petaled flowers. James' cryptantha is one of the larger, more shrub-like members of the genus, becoming up to 2 feet tall and branching readily. The flowers are also quite spread out, and a single plant can have several dozen clusters, which are compact initially, lengthening as they mature. Leaves and stems are noticeably less hairy than many of the smaller species, but the calyx and flower stalks do have the characteristic covering of stiff, white, spreading bristles. The relatively long but sparse leaf hairs are mostly along the edges. The top of the corolla tube projects slightly above the base of the petals, forming a pale yellow ring. 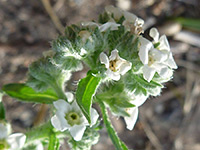 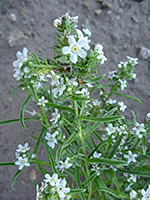 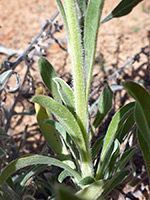 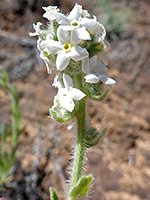 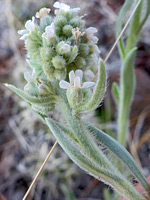 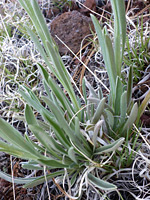