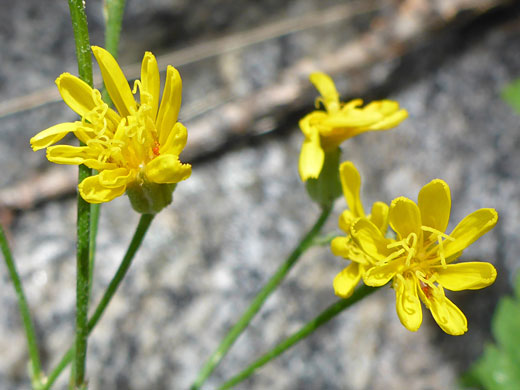 Crepis atribarba is most common in the northern Rocky Mountains; it also occurs in other mountainous regions, including across the Great Basin of Nevada and Utah. The leaves are perhaps the most distinctive feature as they are pinnately divided into relatively long, slender, well-separated lobes, tapering to a point. Leaves usually have sparse covering of tomentose hairs. Plants produce one or two stems, branching (if at all) above the middle.

The inflorescence is a flat-topped cluster, of up to 30 heads. Flowerheads have a slender involucre, around half an inch long, lined by between eight and 13 lance-shaped phyllaries, which are also tomentose, and may additionally be sparsely covered by short, black or greenish bristles. At the base of the involucre are between five and ten much shorter bractlets. The florets are all yellow, numbering from six to 35. 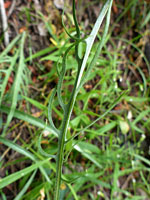 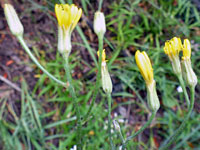 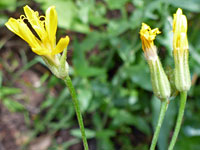