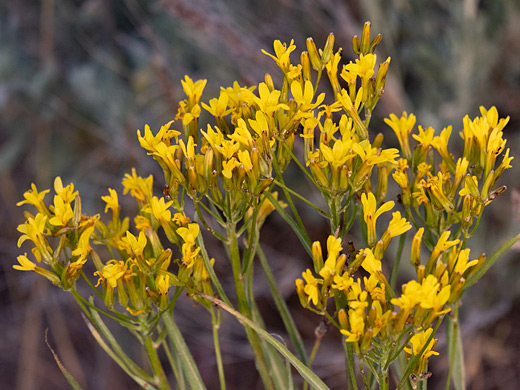 Leaves of crepis acuminata are broadly similar those of other species in this genus, differing in the narrow, tapering lobes, and for being divided about half way to the midrib. They are mostly hairless but usually have a sparse, faint hair covering towards the tip.

The inflorescence is an open, flat-topped cluster, of 70 or more small, narrow yellow flowerheads, which contain relatively few florets, usually between five and ten. Flowerheads are around half an inch long; they have between five and eight greenish-yellow, hairless phyllaries, and are attached by hairless pedicels. At the base of the involucre are a ring of short bractlets, the calyculi.

Plants produce up to five stems, branching around the middle, and covered by tomentose hairs. 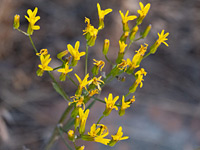 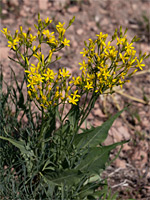