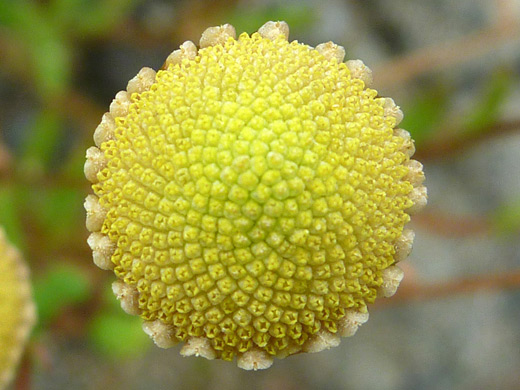 Cotula coronopifolia is one of three similar-looking species from this genus to have become established in the US, all found mostly beside and near the Pacific coast. The plant has thick, fleshy leaves and stems, branches readily, and spreads via rooting from the leaf nodes - stems may be upright, angled or lie partly along the ground. Leaves are hairless but have a covering of small glands, and the base forms a sheath around the stem.

Each stem is topped by a single yellow flowerhead, which consists of disc florets only, up to 200 of them, above a wide, flattish involucre lined with up to 30 tightly-packed phyllaries in two or three rows. These are light green, becoming brown towards the apex, and they extend slightly beyond the florets so that the tips are visible from above. The plant is locally common in its preferred habitat of mud flats and marshland. 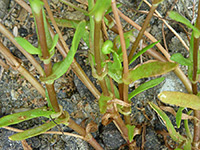 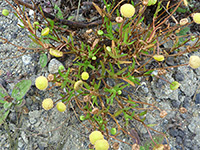