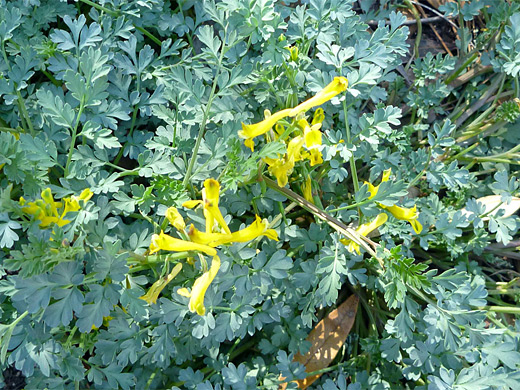 The tubular yellow flowers of corydalis aurea are about one inch long and are composed of four petals. The lowest angles downwards and the protruding part has a scoop shape, while the uppermost is straighter though still bent backwards a little, and forms a small spur at the tip, green or brown in color. The other two petals, within these outer two, are slightly lighter in color, and enclose six stamens and a pistil. Flowers are borne on short stems with up to 30 heads and tend to be somewhat obscured by the leaves, which grow densely, on longer branches. Stems and branches are colored red to brown. Leaves are twice divided into lobes, which are generally rounded at the tip, though also have a very short apical spike (apiculate). Overall the plant spreads sideways rather than upwards, and it has a wide distribution all across the West. 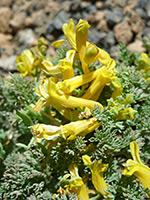 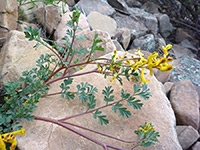 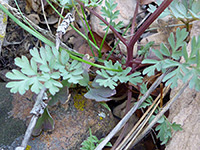 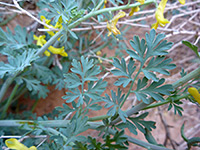 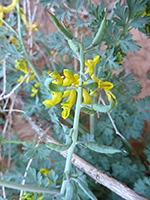 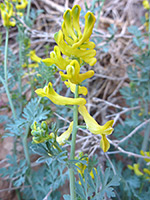 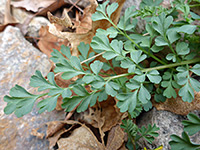 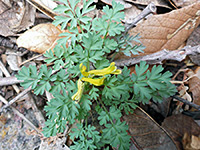