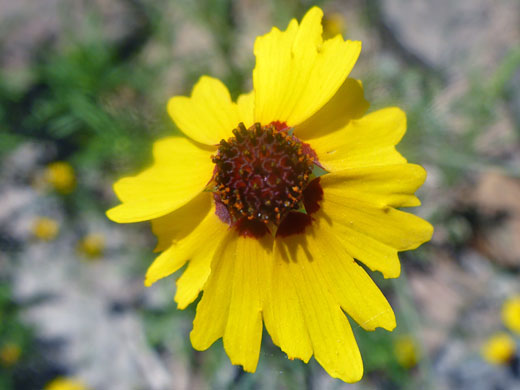 Coreopsis tinctoria is most common in Texas and the Deep South, but has a sizeable population in central Arizona, and is found in small areas of most other states. Plants are often used for landscaping or in gardens, so have become established in many regions where they are not native.

All plant parts are hairless. The smooth stems bear leaves around the base and at widely-spaced (opposite) intervals along the stem. Leaves are divided into slender lobes, becoming thinner for leaves higher up the stem. Phyllaries are relatively broad, often reddish at the edges, while at the base of the involucre are a few much smaller bractlets, triangular in outline. Disc florets are reddish-brown, while the ray florets are red at the base and yellow higher up, varying in proportion from mostly red to mostly yellow. 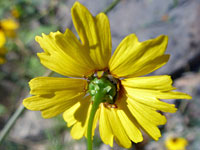 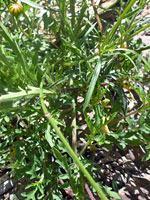