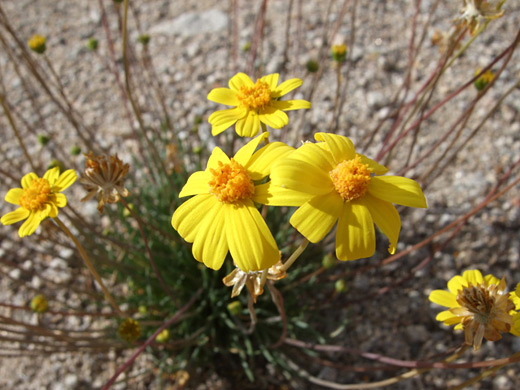 The yellow flowerheads of coreopsis californica resemble those of many other asteraceae species, but the dark green leaves are quite unusual; short, narrow and cylindrical, growing only at the base, in a dense cluster. Leaves may be divided into a few lobes. The numerous reddish stems are leafless, each topped by a single flower around 1 inch in diameter, consisting of 5 to 12 ray florets and 20 to 60 disc florets. Rays are broad and notched at the tip, and have a few lengthwise grooves. Both types of florets produce short, flattened, obovate, brownish fruits.

Below the flowerhead are two rows of phyllaries; the upper (numbering 5 to 8) are broad, pointed and yellow in color, while the lower (2 to 7) are narrower, green and either similar in length or slightly shorter. Stems and leaves are smooth and hairless. There are two varieties, var californica of south California and var newberryi of Arizona and New Mexico. 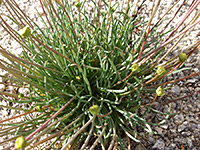 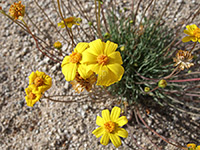 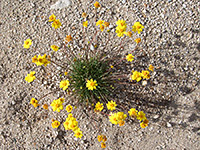 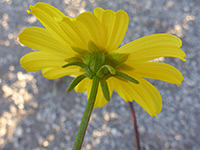 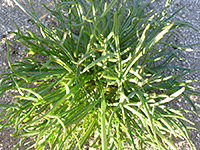 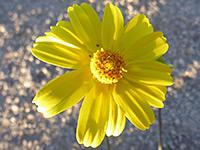