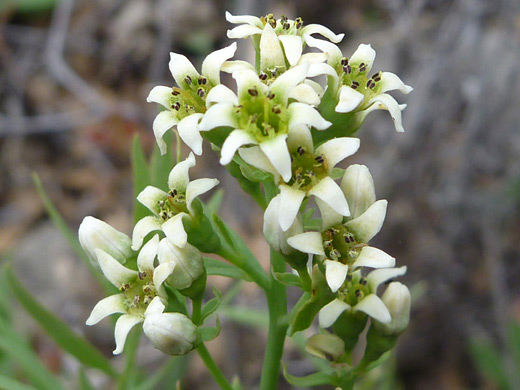 Comandra umbellata is the one species of a monotypic genus, and is widespread across the west and north of the US, in the former concentrated in Arizona, Utah and the Rocky Mountain states. Plants are partly parasitic, and often form large clumps, spreading via roots.

The inflorescence is a branched, flat-topped cluster, typically containing around 20 flowerheads. Flowers are borne on short green pedicels; they have a green, bell-shaped calyx and a tubular corolla that opens to that opens to five (occasionally four) white lobes, or sepals - there are no petals, while at the center are six stamens topped by yellow/brown anthers, and a stigma. In some specimens the sepals are pale pink, and the anthers purplish. The lance-shaped leaves are smooth and untoothed, paler underneath, and quite thick. There are three subspecies (californica, pallida, umbellata). 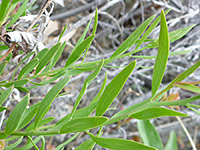 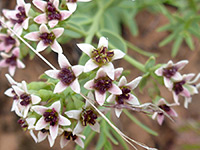 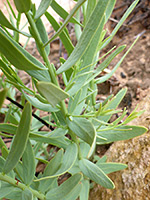 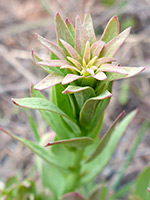 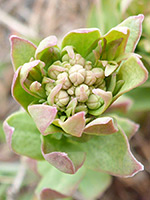 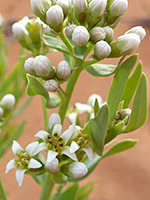 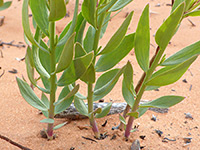 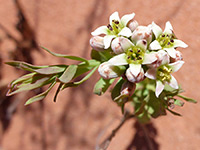 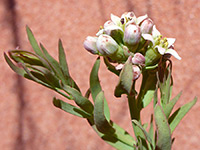 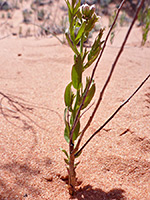 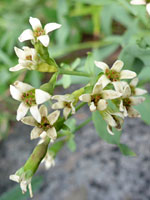