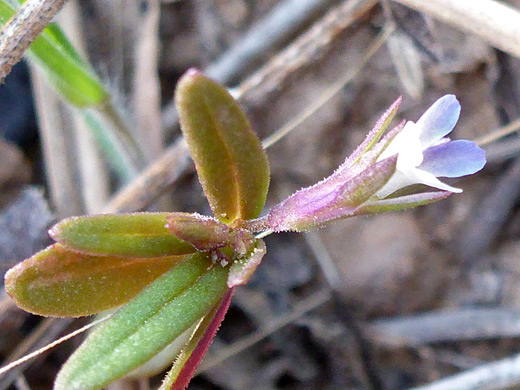 Collinsia parviflora is an inconspicuous, low growing plant, generally less than one foot tall, producing tiny, blue/white flowers, singly or in small whorls, from the leaf nodes. Flowers are formed of a five lobed calyx, purplish at the base, green towards the lobes, and a slightly longer corolla, which has two white (sometimes blue at the tip) upper lobes, curved backwards, and three blue lower lobes. Of these, the side pair are angled outwards while the narrower central lobe (usually hidden beneath the side lobes) is pouched, enclosing a style and four stamens. The pedicels are longer than the corolla.

The narrow leaves have a prominent central vein, and the leaf edges may be rolled under. Stems and leaves may be hairless, or have a fine covering of glandular hairs. Stems are colored red-brown, and the undersurfaces of the leaves may also have a reddish tint. 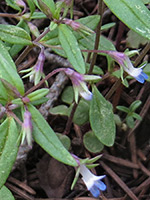 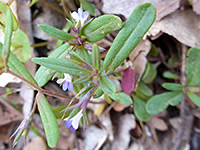