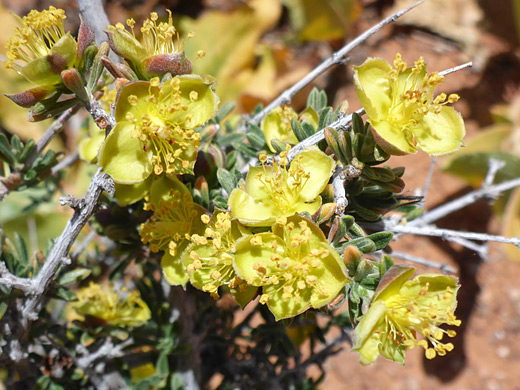 Coleogyne ramosissima, the only species in this genus, is a low-growing shrub that colonizes desert regions in the Southwest, particularly the Mojave and Great Basin deserts, and lower elevation areas of the Colorado Plateau. The plant is unremarkable for most of the year; grey, woody, much-branched, spine-tipped stems with a sparse covering of tiny, dark green leaves, but it becomes more colorful in spring when the yellow flowers appear. These may be few in number following a dry winter but are usually quite abundant.

Unlike most species in the rose family, flowers usually have no petals (though sometimes, up to four are present); instead the flower consists of four (instead of the usual five) cupped, ovate sepals, reddish-green underneath and yellow above, in two opposite, unequal pairs. The outer sepals taper smoothly to a point (acuminate), while the inner narrow more abruptly (cuspidate). Flowers have between 20 and 40 stamens, and one pistil. Flowers form singly at the tips of the branches. 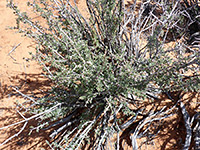 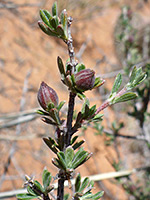 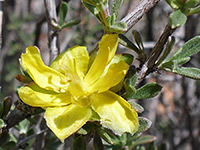