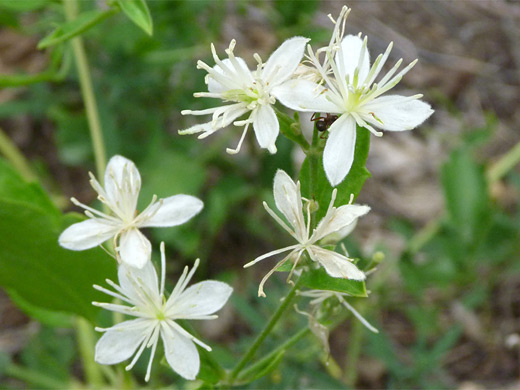 Clematis ligusticifolia is a creeper, or a vine, with woody stalks that grow upwards and sideways and are densely covered with both flowers and leaves; they often spread on top of other vegetation, forming a tangled thicket. Flowers are light cream or pure white in color, a little less than an inch in diameter, have 4 or 5 sepals (no petals), and a center of long, protruding stamens or pistils - both numbering in the range 25 to 50. Pistils are followed by long, feathery seeds.

The plant is widespread across the western states, usually in canyons, from desert locations to woodland around 8,000 feet in elevation. Although somewhat toxic, the plant has in the past been used both as a medicine and a pepper substitute. 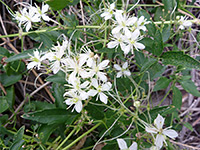 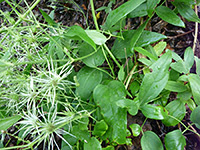 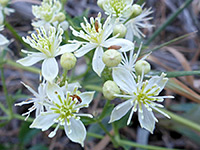 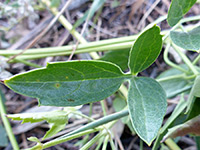 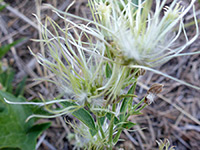 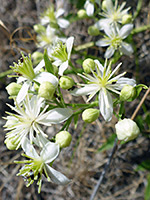 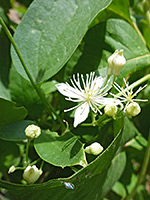 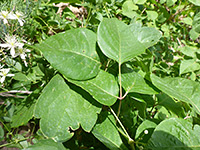