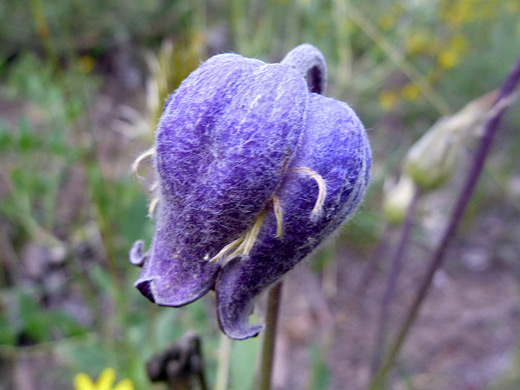 The large, urn- or bell-shaped flowers of clematis hirsutissima are borne singly at the top of stout purplish stems, which have a covering of silvery hairs, extending to the underside of the four fused sepals that form the head. The pointed sepal tips curve back to reveal a center of many hairy, whitish stamens and styles, the latter which form long, feathery fruits when mature. Stems are erect, but not vine-like as in many other clematis species. Two varieties are hirsutissima, where the leaves are narrow and generally less than 1/4 inch wide, and scottii, where the leaves are more ovate, up to half an inch across.

The plant is found in dry places in woodland, often partly obscured by undergrowth, and is one of the more distinctive wildflowers in the west, not similar to other species. 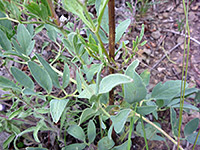 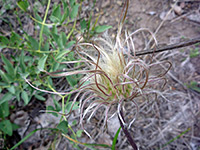 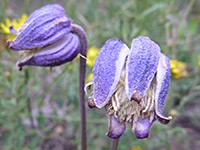