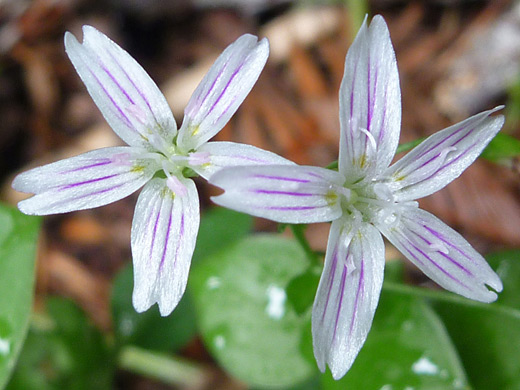 Stems of claytonia sibirica are quite slender, growing upwards or (more usually) at an angle. Leaves are produced mostly at the base; they are broadly lanceolate in shape, tapering to a petiole about twice the length of the blade. Plants also have one or two pairs of (opposite) stem leaves, similar in shape but with slightly more pointed tips. Stem leaves are sessile, and their bases touch or overlap slightly. Stems branch mainly from the base.

The inflorescence is an open cluster, borne at the top of the stems, typically containing ten or more flowerheads. Flowers are formed of five light green sepals below five white to pale pink petals, two or more times as long as the sepals (up to half an inch). Petals have a notch at the tip, a small yellowish patch towards the base, and are crossed by several lengthwise, dark pink veins. The flower center contains five stamens topped by pink anthers, and a three-pronged style. 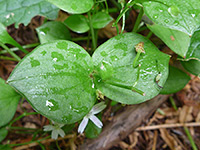 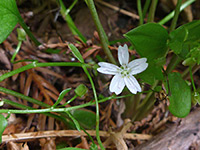