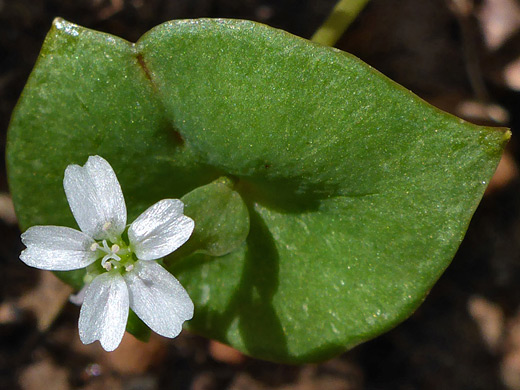 Claytonia perfoliata is widely distributed across the West, especially in Arizona and California. Plants are generally small, though variable in height, from just one inch to 20 inches. There are two types of leaves; those at the base have long stalks (of differing lengths), and form a rosette, while those up the stem occur in pairs, generally fused to form a disc or polygon, with the stem through the center (perfoliate). The green leaf surfaces often have a mottled lighter pattern, while the blade and stem of the basal leaves may be flecked with red. Basal leaves are generally ascending rather than flat.

Flowers are formed of five green sepals and five slightly longer (up to a quarter of an inch) white or pale pink petals, often notched at the tip. The five stamens have white filaments and pale pink anthers. 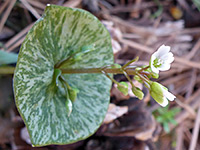 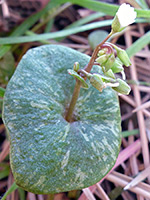 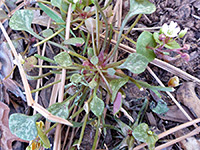 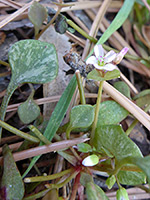 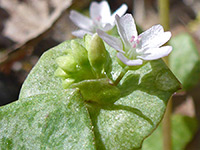 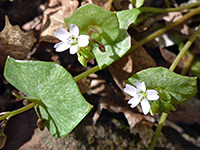 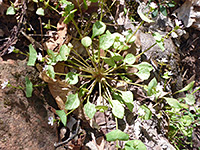 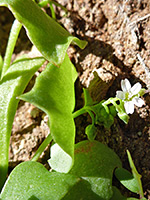 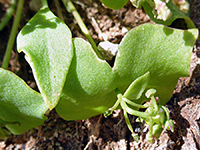