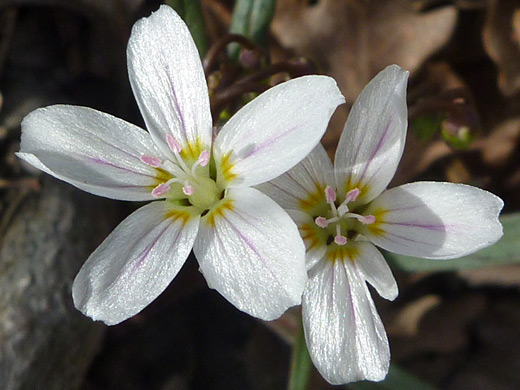 Claytonia lanceolata is a small plant, usually with just two opposite leaves, growing a little way up the short stem, which is topped by a small number (3 to 20) of pretty white or pinkish flowers. One or two basal leaves may be present early in the season. Flowers consist of two sepals and five petals which have a few thin purplish lines radiating lengthways, and patches of yellow at the base. At the center are five white stamens supporting pink anthers, and a white stigma. The plant is one of the earliest to bloom in its habitat of foothills and mountains, often just as the winter snows have melted. It grows from a spherical, edible tuber deep underground.

There are two varieties; the widespread var lanceolata and the less common var rosea which has darker pink petals, though this latter is sometimes considered a separate species. 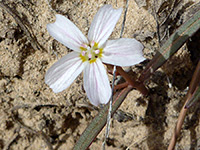 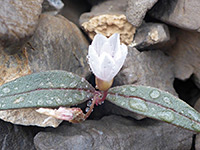 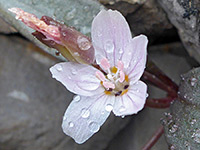 Raindrops on a flower 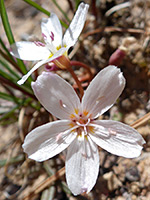 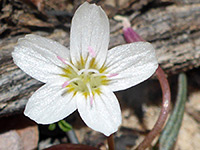 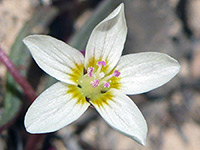 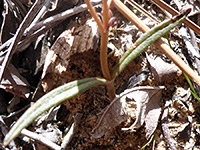