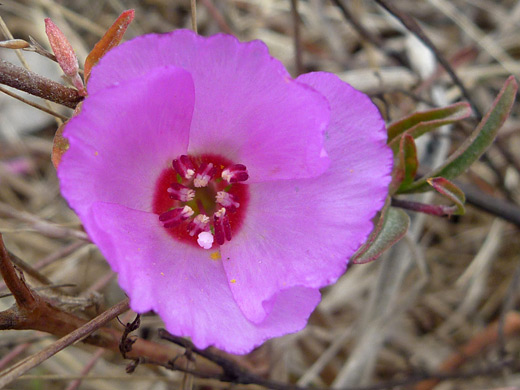 The narrow, lance-shaped leaves of clarkia rubicunda are attached by short stalks, at opposite intervals all along the stems, which grow upwards or at an angle. Plants are found only in California, in coastal areas, from Point Reyes southwards towards Santa Maria. Leaves and stems have a light covering of short, soft hairs (puberulent). The inflorescence is an elongated, open cluster, with buds and flowers held upright, not nodding.

The cup-shaped flower is formed of four broad, obovate to cuneate petals, colored a rich shade of pink. Petals overlap by about a third of their width, and are one inch or more in length. Petal bases are deep red. Underneath the petals are four sepals, generally fused at the tip. The flower center contains eight stamens, all topped by similar purplish anthers, and a four-lobed stigma, which rises above the anthers. 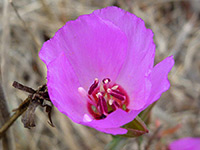 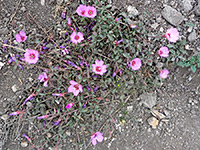 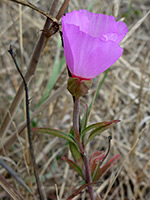