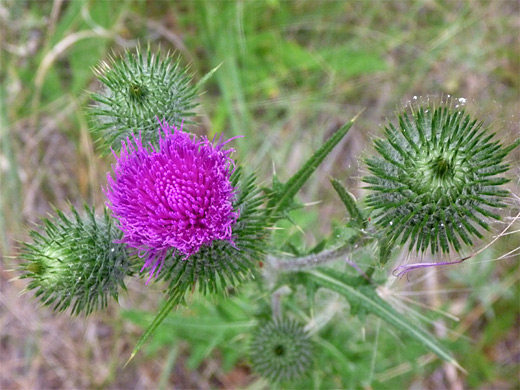 The bull thistle, cirsium vulgare has spread across most of America after being introduced from Europe. The plant branches readily and has leaves all along the stems, which terminate in a spherical or egg-shaped involucre topped by a purple flowerhead that consists of several hundred narrow, tubular disc florets. The leaves are narrow and lance-shaped overall, with sharp lobes along the edges and short but thick hairs along both surfaces. The stems are also covered in spines, and larger projections (wings). The large involucre is covered by a dense, regular array of narrow green bracts which terminate in lightly colored spines. 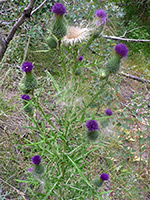 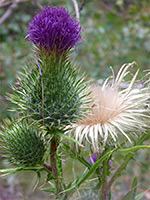 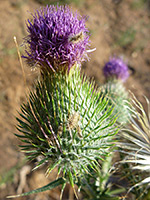 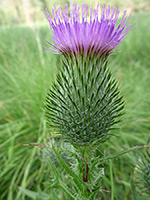 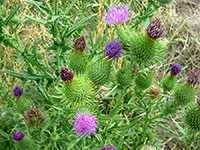 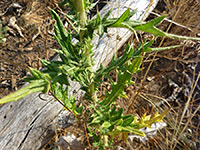 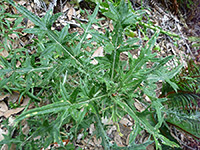