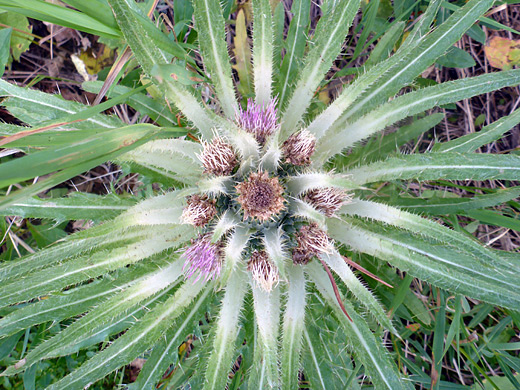 Unlike most thistles which have bright pink or purple flowers, those of cirsium scariosum are are dull white or reddish, becoming dark brown as they wither. They consist of many thin disc florets above a rounded involucre covered with short, triangular-shaped bracts. The stalkless flower heads cluster tightly together and are surrounded by long, feathery bristles. Leaves also grow quite densely along the thick, ribbed stalk (usually unbranched); they are narrow, long (up to 10 inches), and most have large lobes at widely spaced intervals.

This is a changeable plant, encompassing variants previously classed as separate species, including cirsium drummondii and cirsium coloradense; ten varieties are recognized. In some specimens the flowers are borne as a cluster on top of a tall stem, while others have fewer flowers, sometimes just one, and are essentially stemless. 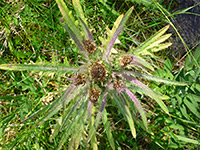 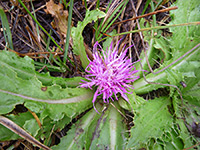 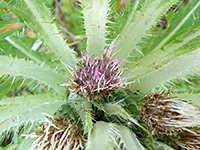 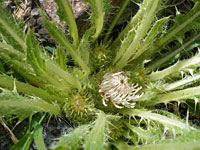 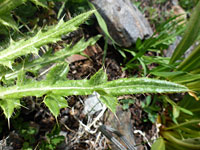